With less than a week to go until the official release of CDPR’s hit game, we are in need of some gameplay planning. First things first, after character customization, we need to decide what are the Cyberpunk 2077 difficulty levels we would like to start with. Luckily, there are multiple difficulty options for you to choose from in order to maximize your gaming experience. Maybe you are not familiar with RPG shooters, or maybe you prefer a more hardcore and trying approach. Don’t worry because this game is here to please every type of player. You just have to find your vibe regarding play style.

From what we know so far, the game offers you 4 difficulty options which you can choose from. The most important thing to keep in mind is that you can switch the level of difficulty whenever you want during gameplay. Some gameplay leaks have shown that this option will be available in the settings menu. Moreover, Cyberpunk 2077 will not offer enemy level scaling. You have be permanently aware of where you travel and what enemies can or can not engage. But don’t worry, you will know who to run away from. Just like in CD Projekt Red’s hit game Witcher 3, the enemy levels will be shown next to their name. Well, maybe not in hardcore mode.

As stated by the name, Cyberpunk 2077 offers you a story mode difficulty. This level will probably be easier for a more immersive gameplay with a huge accent on the story. Also, this will be the difficulty which will introduce the new players to the world of RPG Shooters. One of the developers stated that there will be a “smart gun” at your disposal to help you aim better. So if you can’t aim, don’t hesitate to play this game. There are multiple ways to enjoy the game in terms of game immersion. Who knows, maybe you will find it easier to play a melee only character.

We don’t know much how this difficulty will present in Cyberpunk 2077. We can assume that it will be a “not easy, not hard” type of gameplay level. Maybe it will be the level we all start our journey thorough this game, except the adrenaline junkies. In my opinion, this is the best difficulty to start on since you can change it later anyhow. From here on it would be easier to decide what are you opting further down in terms of gameplay harshness.

If you enjoy being challenged in your games, Cyberpunk offers you a hard difficulty that might soothe your wishes. We can expect more difficult enemies, quests and what not. It is yet to be discovered how this level will play out. Assuming that this difficulty will be more testing, experienced players might want to challenge themselves from the first run.

Lately, a lot of developers introduce more hardcore types of gameplay to the gaming scene. Usually hardcore means more risky, but more rewarding in the end. From what we know so far, the hardcore difficulty in Cyberpunk 2077 will disable all UI. That means a more intense player experience overall when it comes to fighting against super powerful enemies. Maybe it will be the “one shot kill” type of situation for your character, or maybe you will lose everything you fought for. It is yet to be discovered if that is the case. Another aspect regarding this type of difficulty is the play time. Most likely, the play time hours will rise significantly in comparison to the story mode or normal. But nothing good comes easy in life. Subjectively, hardcore mode is made for those looking for a genuine adrenaline rush based on personal accomplishment.

Keep in mind that you are not constrained to choose one of this difficulties in particular. You can change it mid play without any repercussions. CDPR promised an RPG that will fit every type of personality and play style, and Cyberpunk 2077 is here to deliver. Counting down the days until the biggest launch of the year, maybe the decade, which will take place on the 10th of December. 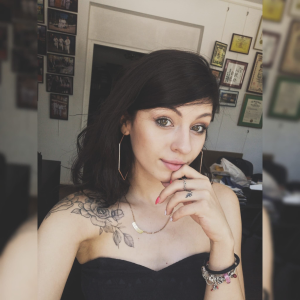