This is a short cyberpunk melee character guide based on pre-release information. Yes, you can play melee only in Cyberpunk 2077 and finish the entire game without firing a single bullet. Even though the following article is based on pre-release information we can safely assume that with the amount of freedom CD Projekt Red offers in Witcher, even more freedom will be at our disposal in Cyberpunk and that includes a melee only run.

That being said, playing as a melee only character will not come without its struggles and difficulties. Choosing to go for the melee playstyle you will face a higher difficulty than playing the game as it was “intended”. We’ll cover all the skills, approaches and best melee weapons that were revealed so far so you can make an informed decision when you create your character.

Here is a short list of the confirmed list of melee weapons that we have so far from trailers and gameplay videos:

This entire arsenal of weapons can be enhanced further with mods and other items that you will find in the world. Each melee weapon (with the exception of fists maybe) can be improved either by adding mods to them or enhancing their gameplay through skills and abilities.

In case you want a full blast, kill everything on sight type of gameplay, then melee might not be the best choice for your first run. Based on trailers released so far we can assume that you will require to approach encounters in a more stealthy approach. Using abilities and skills to sneak past enemies and relying on takedowns on unaware enemies.

Initially Cyberpunk 2077 had a wall running system but it was scrapped by CDPR and while it would be fun to theorize on a melee killing machine we don’t think it will be possible on release. Let’s hope we’re wrong and with enough specialized skills you can “tank” bullets or deflect bullets in order to close the gap on your enemies.

The melee gameplay difficulty is also higher than playing with guns blazing but for someone who enjoys the more hardcore aspects of games, this can be a good thing and a challenge for replayability.

Playing a melee character requires you to be up close and personal with your enemies. This means you will be either dodging their bullets, deflecting them or with enough mods and implants, simply tank them with your face.

Here’s a list of best melee attributes in order of importance:

Body increased your physical capabilities which include Max health, melee damage, bullet spread and max stamina. The highlight here is the max health increase and melee damage which is a must. You should prioritize body more than any other stat where possible.

Yes, yes, you want to play a melee character to be cool and what a more suiting name for the second most important attribute than this? Cool allows you to keep your calm under pressure even when chased by NCPD police, increases your crit chance but most importantly Cool increases your stealth ability. In most encounters you will need to sneak in order to reach your targets, and stealth is very important for obvious reasons.

Each point added in Reflexes will increase your crit chance by 1%, evasion by 1% and +3% Mantis Blade damage. Reflexes also increase your movement speed and attack speed. You will want to be as quick as a cat while you close the gap to your enemies.

While it may be important for other activities such as crafting, using the harvesting tool, Technical skill is not imperative for a melee only character. There are some benefits such as +5% armor for every point spent but other benefits are minor and mostly focus on tech weapons proficiency and dialog options.

KATANA GO BRRR – Why do you need intelligence when you’re here to smash faces and chew bubble gum? Jokes aside, Intelligence, while important for game progression, doesn’t help melee characters in any way. It reduces hacking times and decreases difficulty of hacking various objectives. Too bad we can’t smash them.

What perks to maximize for best melee damage

Below you can find a picture of an updated Perk tree for a cyberpunk melee character guide with all perks highlighted and the choices you should make to maximize your melee damage and potential. Prioritize Blades, Assassination, Melee and Two-Handed.

Best lifepath for a melee character

As far as we know lifepaths in Cyberpunk don’t influence your perks or attributes and this cyberpunk melee character guide only focuses on things that impact melee gameplay. Lifepaths only influence the initial starting zone and story. 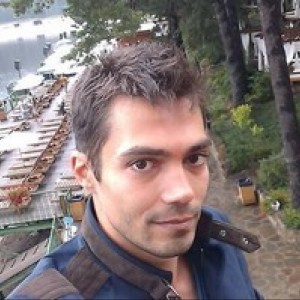